In this tutorial, you’ll work with a new component - buzzer. You'll make it play a scale. Besides, you will adjust LED brightness with PWM signal. Let’s figure it out together.

In the previous projects, you tried the digital output to turn on and off an LED. But how can you make the LED dimmer or brighter? Well, the pulse width modulation (PWM) can deal with it. Let's first learn about the PWM.

As you know, a digital signal always outputs high or low level. The PWM signal is still a square wave signal with two states: on (when the signal is high) and off (when the signal is low). The on-time of the signal is called pulse width. So as its name suggests, PWM refers to the method of changing the pulse width, that is, the proportion of on-time to control the output. The signal would change extremely quickly between on and off. It's so fast that your eyes can't notice the change. In this way, you seem to get an average voltage between 0V and 3.3V. 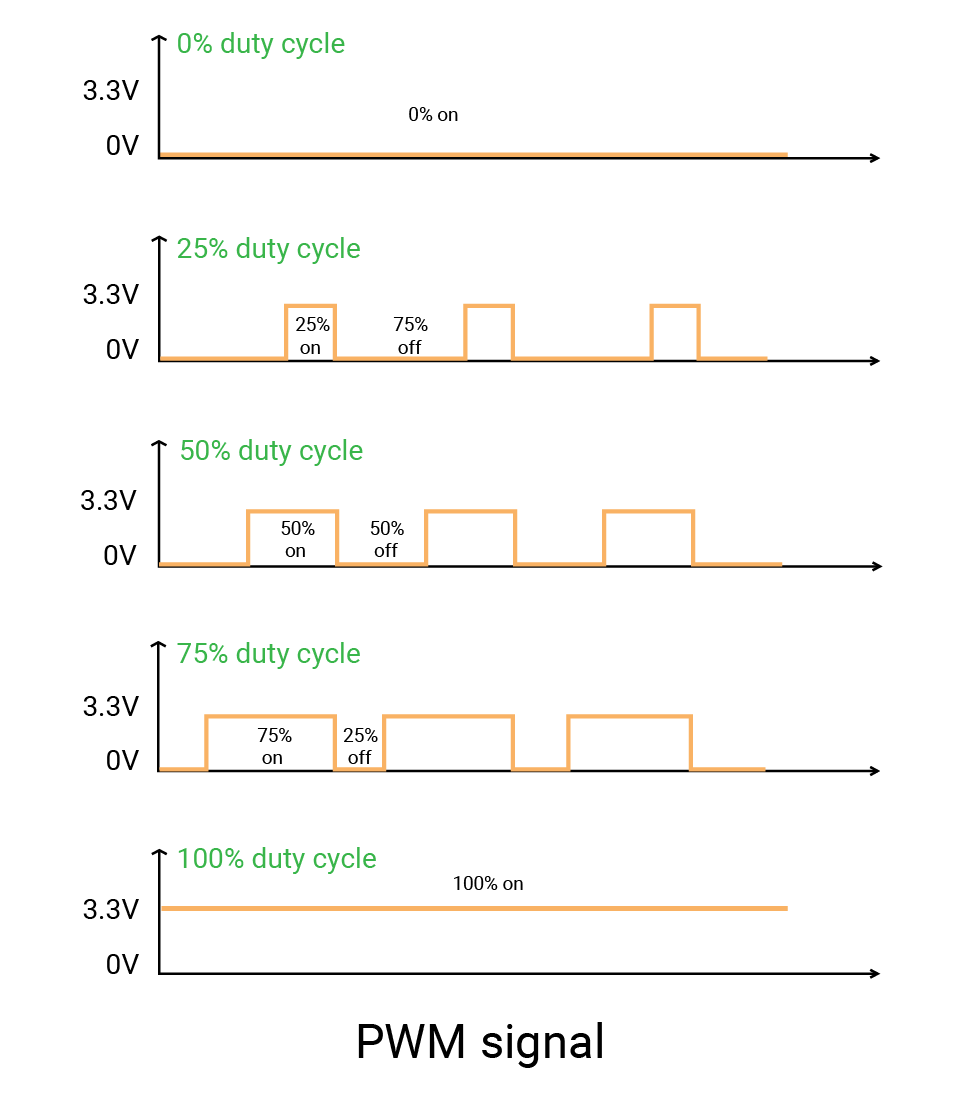 Here are some more concepts about PWM:

PWM is useful in many situations: adjusting LED brightness, controlling a servo, or making a buzzer produce sound. You may adjust the duty cycle or the frequency of signals according to your projects. In this tutorial, a buzzer needs different frequencies to generate different notes, while an LED want varying duty cycles to show brightness change.

The buzzer is a kind of audio device to produce beeping and sharp sounds. It is widely used for notification and confirmation. You may hear it from alarms, toys, or when pressing buttons.

How does it emit the sound? It's due to the diaphragm inside it. As you apply to a buzzer a current that changes with time, the internal diaphragm will vibrate back and forth quickly. The vibration of the diaphragm thus vibrates the surrounding air, hence producing a sound. When there is no current, the diaphragm will go back to its original position, the sound thus stops. 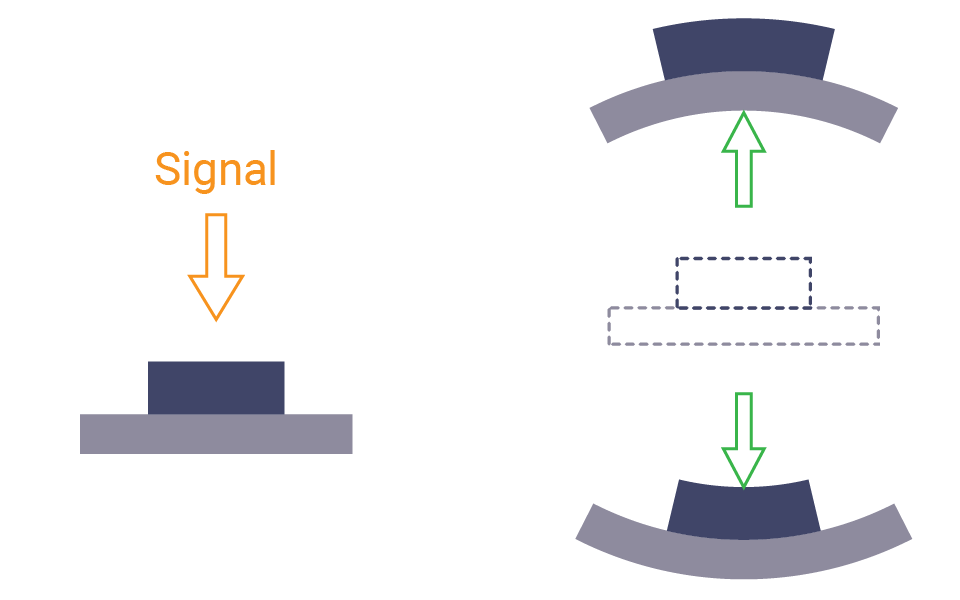 There are two kinds of buzzers: active buzzer and passive buzzer. They needs different types of current.

They looks alike. To distinguish them, you can connect them to power. If it sounds, it is an active buzzer.

You must be familiar with do, re, mi... They correspond respectively to the note C, D, E, F, G, A, B. Please note the notes start from C but aren't in alphabetical order. 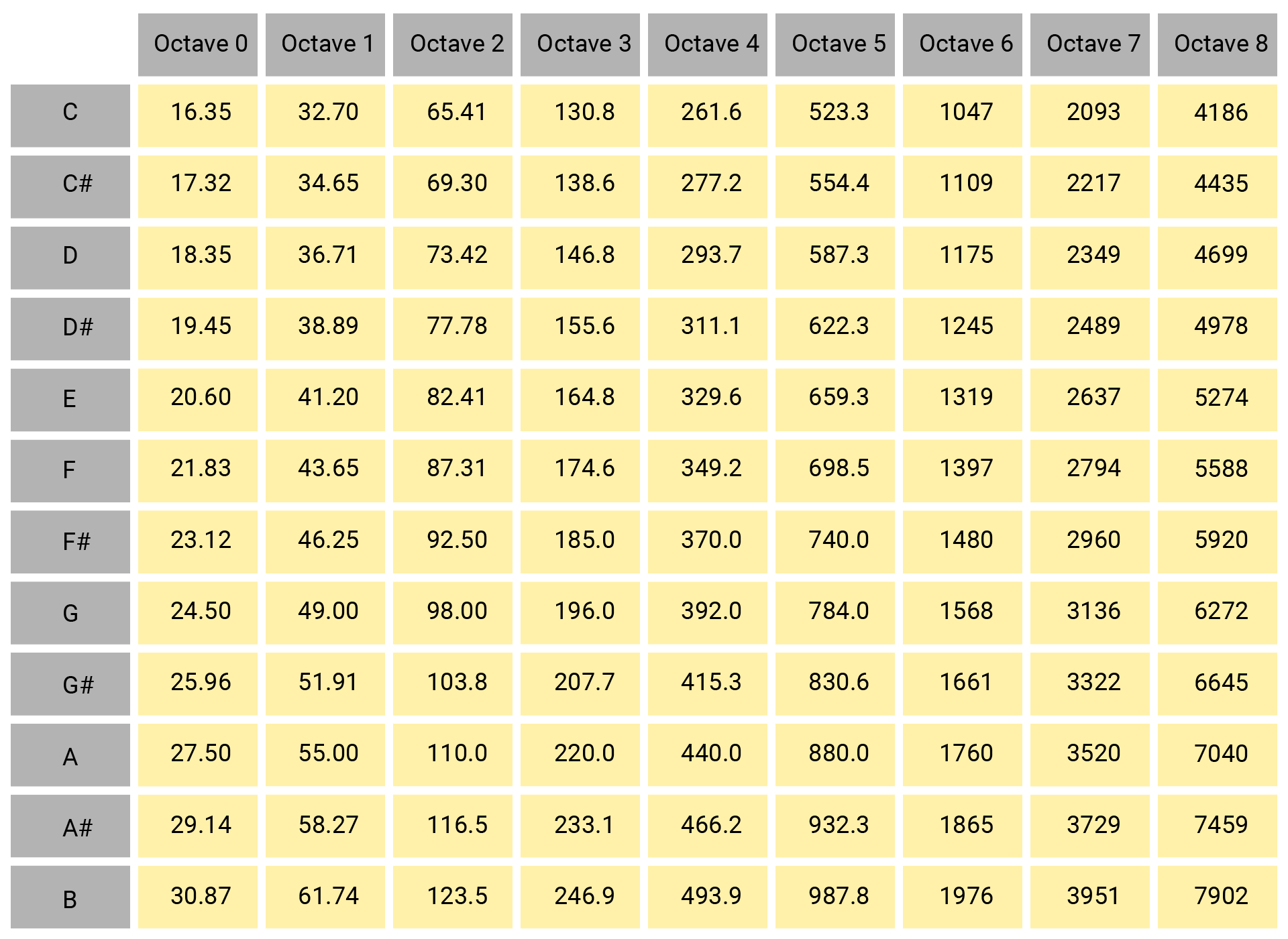 A piano keyboard would be helpful to understand the concept. All keys on the keyboard has a corresponding pitch. They are divided into several octaves: 0 to 7.

Let's look the octave 4 in the middle. The white keys corresponds to the notes C, D, E, F, G, A, B. And the note C in this octave is the middle C. The other octave are similar, but will be higher or lower in pitch according to the frequencies.

So to make the buzzer play a piece of melody, you need to find the frequency and set a proper duration for each note according to the score.

The buzzer is connected to the pin PWM5A.

The PWM pins are marked with a tilde (~) on the silkscreen of your board. Most of the pins on your SwiftIO Feather board are multifunctional. A pin may be used as digital pins and PWM pins. You can refer to this pinout to know the functionalities of each pin. 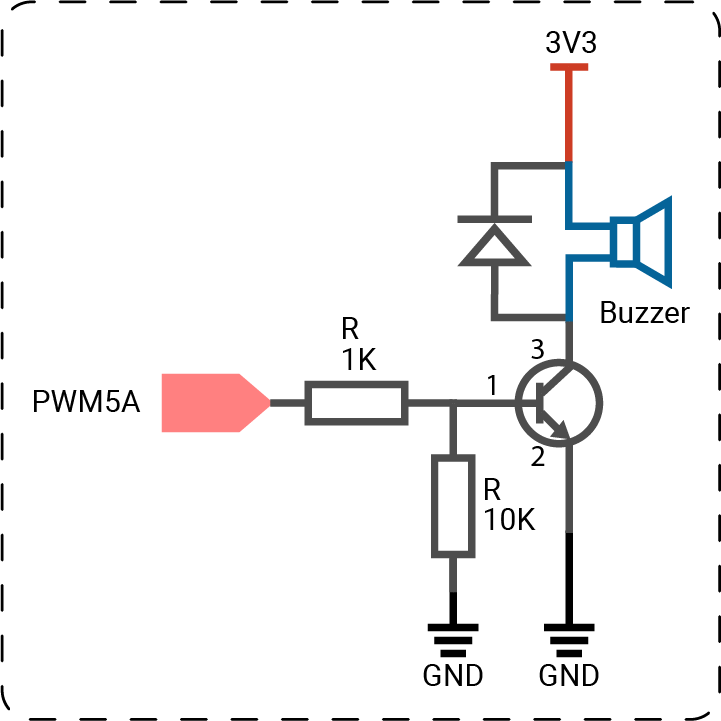 The circuits above are simplified for your reference.

PWMOut - this class allows you to set the frequency and duty cycle of PWM output from the board.

In this project, the buzzer will play the musical scale.

The id of PWM pins are a little different. You will see A or B in the end. Actually, the PWM pins are grouped in pairs, like PWM2A and PWM2B. The two pins in a group share the same frequency. So if you need two PWM pins with different frequencies, you should use the pins in different groups, like PWM0A and PWM1A.

Here you create an array to store the frequencies of each note from C (octave 4) to C (octave 5).

The frequencies is a constant, so the array cannot be changed later. If you want to change the array, you need to change let to var to make it a variable.

Iterate through each value in the array frequencies using for-in loop.

You are going to set the frequencies, so the method set(frequency:dutycycle:) is more suitable in this case.

The frequency corresponds to the values in the array. And the duty cycle could be any float number between 0.0 and 1.0.

It will suspend the output, thus stop the sound from the buzzer. If you remove this statement, the last note will last forever.

After the musical scale with the buzzer, let’s go back to the LED again.

The PWM signal can not only drive a buzzer, but also change LED brightness. By applying PWM output, the LED changes between on and off quickly. You could not notice this change, so it seems the LED becomes brighter and dimmer. BTW, your monitor may also use this method to control the backlight. A bigger duty cycle will make the LED brighter, since the time for high level is much longer.

So let’s try a breathing LED! You may notice it when a new message comes on your phones. The LED changes from the darkest to the brightest, from brightest to darkest smoothly. It looks like it is breathing.

There are some built-in data types in the Swift language, like Int (integer), Float and Double (decimal number), Bool (true and false), etc. Each type corresponds to different values type and value range. If the values in your program don't match or exceed the default range, the compilation will fail.

Besides, if you don’t explicitly declare the data type, Swift will use type inference to decide the type. For example, if the minDutycycle is written as 0, Swift would judge it as an Int. When dealing with decimal numbers 0.0, it could be either float or double. The default choice of Swift is double. However, the duty cycle used in PWMOut class is Float. Therefore, the values above need to be declared as Float.

The LED brightness depends on the duty cycle of the PWM signal. The duty cycle is always between 0 and 1. So the maximum and minimum values are stored in two constants for later comparison.

A variable, like a constant, is a container for a value but can be changed with other values of the same type. In this case, the duty cycle will always change, so it is stored as a variable instead of a constant.

Set the duty cycle of PWM output. The LED brightness will change according to its value.

It makes each brightness last for 10ms. If you remove this statement, the LED changes so fast that you cannot notice the brightness change.

The duty cycle is 0 - 1, and the change is 0.01 each time. So one loop will last 100 times. Then let’s suppose the LED changes from off to full brightness in 1 second, and you will get the duration for each state - 10ms.

This conditional statement will decide how the duty cycle will change according to upDirection.

+= combines the addition and assignment. It equals dutycycle = dutycycle + stepDutycycle.

This statement is to know whether the duty cycle exceeds its range. If so, upDirection is changed to false. In next loop, the duty cycle will begin to decrease by stepDutycycle.

You'll use the interrupt mechanism to detect if the button is pressed.

There are three statements for the interrupt. Each of them can be executed in a very short time and thus can be used as ISR.

max() is used to get the biggest one between the values. In this way, even if the result of the calculation is smaller than its minimum (0.0), the duty cycle is still 0.0 to keep the LED at the minimum brightness.

Here are some links to help you find out more detail: