You have tried to produce sound using a buzzer. It sounds indeed so sharp. So this time, you are going to enjoy the music played by the speaker. It provides a higher audio quality.

The SwiftIO Feather board always serves as a master device. It has two I2S interfaces:

You listen to music in everyday life, but do you know how audio is stored on your computer? Besides, there are so many different file formats, what’s their difference? Let’s find out more about it.

The waveforms of sound are various. Sine, square, triangle, and sawtooth waves are four commonly-used forms. The sounds produced by them are quite different. Random combinations of different waveforms can produce really amazing sounds.

We’ll talk about the sine wave in the following part and only deal with periodic waveforms. The sine wave is the fundamental wave. Almost all other period waveforms can be broken down into several different sine waves using Fourier Transforms.

The audio signal is analog and the data always change with time. There are some sampling techniques to store the data digitally. Let’s take a look at the one called pulse code modulation (PCM). Briefly speaking, it records the sound amplitudes at a regular time interval. Then the samples will be encoded into digital values. As long as the sample data are as many as possible, you could largely recreate the original audio signal.

Sample rate describes how many times the signal is sampled in one second, measured in hertz (hz). There is a known law about the sample rate: Nyquist rate. It says the sample rate should be more than twice the frequency of the original signal, or it may cause distortion.

Sample depth corresponds to the number of possible values for each sample. The common choices are 16, 24, 32-bit. The higher the sample depth, the more precise the samples can be, so the reproduce sound will be closer to the original one.

When you wear earphones to listen to music, you can hear sounds in your left and right ear. The L and R are used respectively for the left and right channels. If only one channel is sampled, the sound is mono. Stereo means the audio has multiple channels, usually the right and left channel, and thus needs two speakers.

As mentioned before, the maximum frequency for human hearing is about 20KHz, the sample rate should be double to recreate sounds, that is, about 40KHz. The CD audio is usually sampled at 44,100Hz, in other words, 44100 samples per second, which should cover almost all sounds humans can hear. And CD-quality audio usually has 2 channels with a sample depth of 16-bit.

Maybe you have heard of some audio file formats: MP3, WAV, AAC, FLAC, and so on. These formats can be divided into two types: lossless and lossy file format. The difference is the way audio data is stored. For example, WAV and FLAC are lossless, while MP3 and AAC are lossy. Let’s have a look at the two frequently-used formats as an example: WAV and MP3.

The working principle of the speaker is similar to the buzzer. When the current flows, the magnet field generated in the circuit cause the internal diaphragm to move back and forth, thus causing the air vibration. The air molecules vibrate and bump into each other, which leads to the sound you hear.

The diaphragm in a buzzer can only move back and forth among determined positions. The different sounds are generated by changing the speed of vibration. However, the diaphragm inside a speaker can move to different positions according to the signal. So a speaker can produce various sounds, and the sound is of higher quality. So it is suitable to reproduce the audio signal it receives and is widely used to play music.

The analog signal from the DAC can only drive a headphone and is not strong enough to drive a speaker. So an amplifier is needed to amplify the signal for the speaker.

The chip MAX98357 provides both two functionalities and supports I2S protocol. It has been added to the circuit to allow the speaker to play music.

This chip needs stereo audio and can output audio with the left channel, right channel, or both channels. However, we have configured it to only output left channel data when designing the circuit. 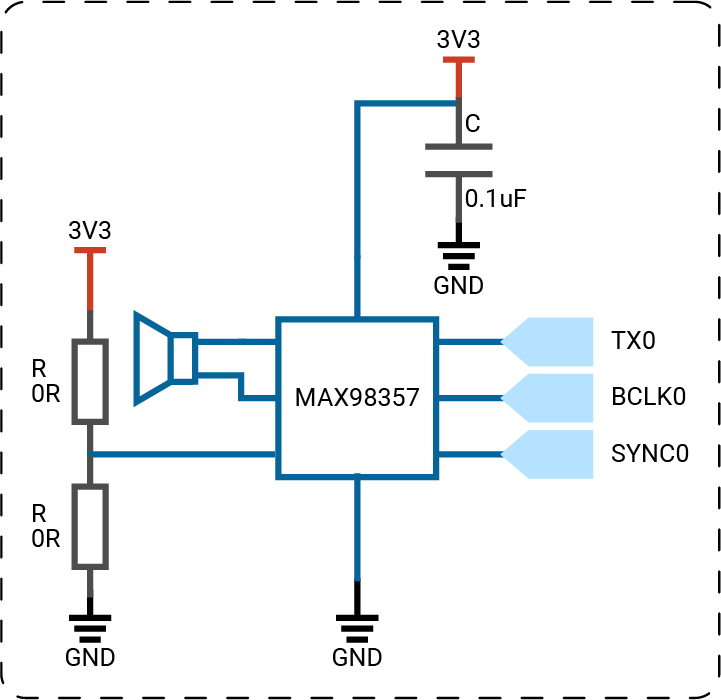 The circuits above are simplified versions for your reference.

Different waveforms can generate different sounds. In this project, you will generate a square wave and a triangle wave manually. Then play scales using two sounds. 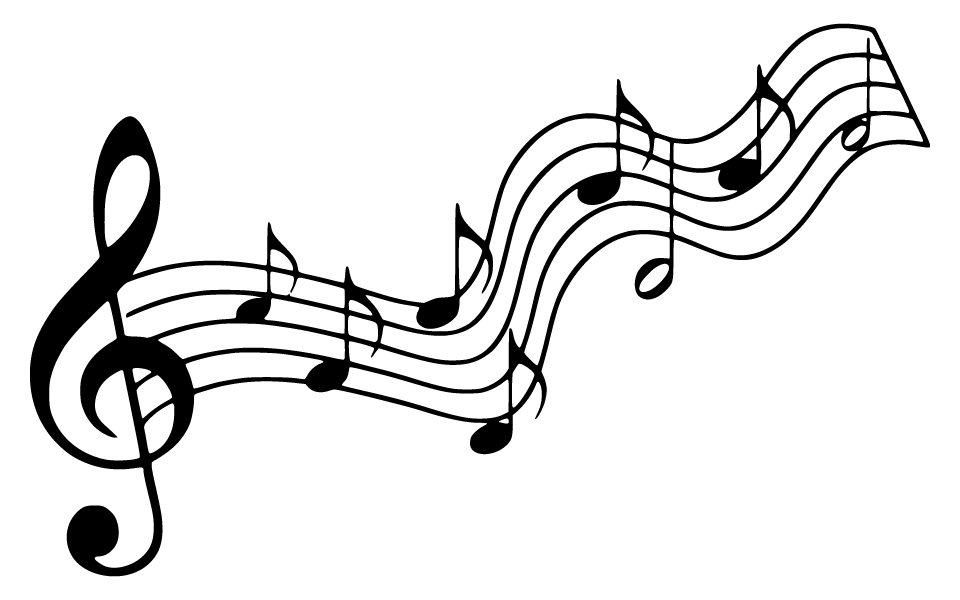 Import the SwiftIO library to set I2S communication and the MadBoard to use pin ids.

Initialize an I2SOut interface reserved for the speaker. It will have a 16k sample rate and 16-bit sample depth by default.

Store frequencies for note C, D, E, F, G, A, B in octave 4. That constitutes a scale, which will be played by the speaker.

Define the parameters for the audio data:

This newly defined function allows you to generate a periodic square wave. You only need to calculate the samples in one period. The other periods of waves will repeat these samples. The parameter samples needs an array to store the audio data, so it is set as inout to be changed inside the function.

A square wave has only two states (0 and 1), so the calculation is quite simple. The first half samples are all negative, and samples of the second half are positive. Their values are all decided by the parameter amplitude.

This function is used to generate samples for a triangle wave in a period. The constant count is the total of audio samples. The step is the change between two continuous samples.

The samples change linearly and are divided into three parts:

This function sends the samples to audio devices over an I2S bus.

In the while loop, the speaker will play scales over and over again.