As you get a new board, if you don't have some previous knowledge, you might not be able to get it to work out of the box. It is so discouraging. So this first project would like to get everyone started with electronic stuff and the Swift language. You will start with the hello world project - blink the LED. You will make the LED on and off alternatively to get it to blink. Let's break all stuff down to see how it works. 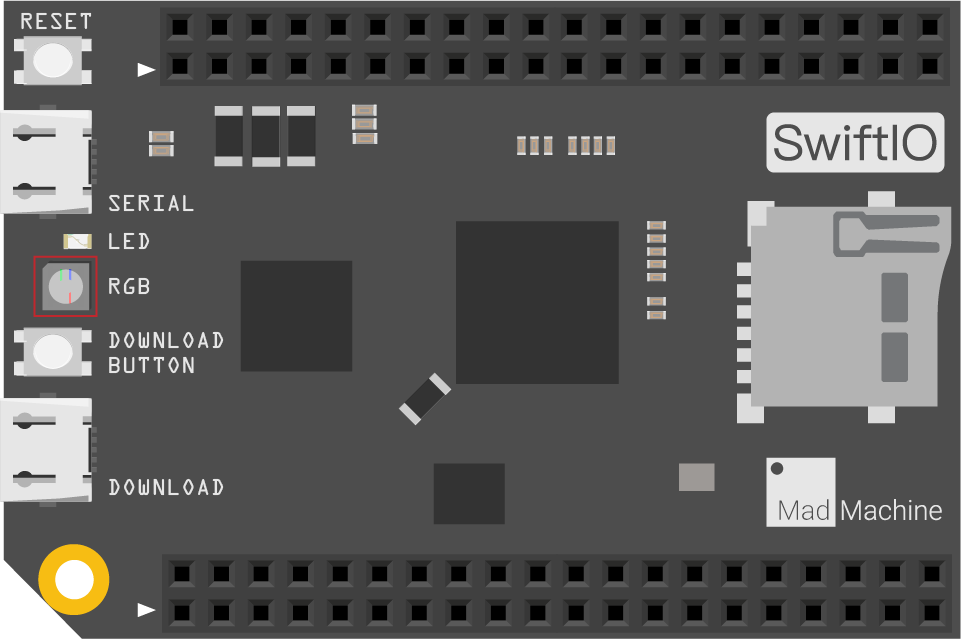 You can notice there is an onboard LED (marked with a red box above). You will only deal with it in this project, and there is no need for other components.

The digital signal usually has two states. Its value is either 1 or 0. For the SwiftIO board, 1 represents 3.3V, and 0 represents 0V. There are also other ways to express the same meaning: high or low, true or false. In this project, you will control the output voltage to turn on or off the LED.

There are two ways to connect the LED:

You can find an RGB LED on your board. It is a different type from the images above for easier soldering. It has three colors: red, green and blue. As you download the code, it serves as a status indicator. Besides, you can also control its color and state by setting the output voltage.

You can light any, so it will appear red, green, or blue. You can also turn on two of them. If you turn on red and blue, you can notice it appears magenta. If all three are on, the LED seems to be white. 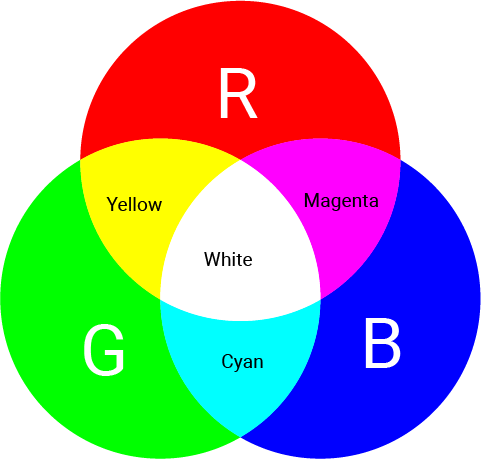 The onboard LED is connected to 3.3V internally. If you set it to high voltage, there will be no current. So it will be lighted when you apply low voltage.

Let's look into the code in detail:

SwiftIO consists of all the functionalities to control your board. All programs must first reference it so you can use everything in it, like classes and functions.

SwiftIOBoard defines the corresponding pin id of the SwiftIO board. The pins of different boards are different. So this library tells the IDE you are dealing with the SwiftIO board, not any others. Then you can use the id in it.

Before you set a specific pin, you need to initialize it.

In the dead loop while true, all code in the brackets will run over and over again unless you power off the board.

The function sleep(ms:) will stop the microcontroller's work for a specified period. It needs a period in milliseconds as its parameter. It is a global function in the library, so you can directly use it in your code.

So the code above makes LED alternate between off and on every second.