After successfully get an LED to work, why not try more LEDs? In this project, let's build a circuit for the first time and make the LEDs blink one after another repeatedly.

Let's know something about the breadboard first. The one in the kit is a tiny and simplified version. You can find many holes in it. Each upper or lower five sockets vertically beside the gap in the middle are connected as shown above. It is very convenient for your project prototype. 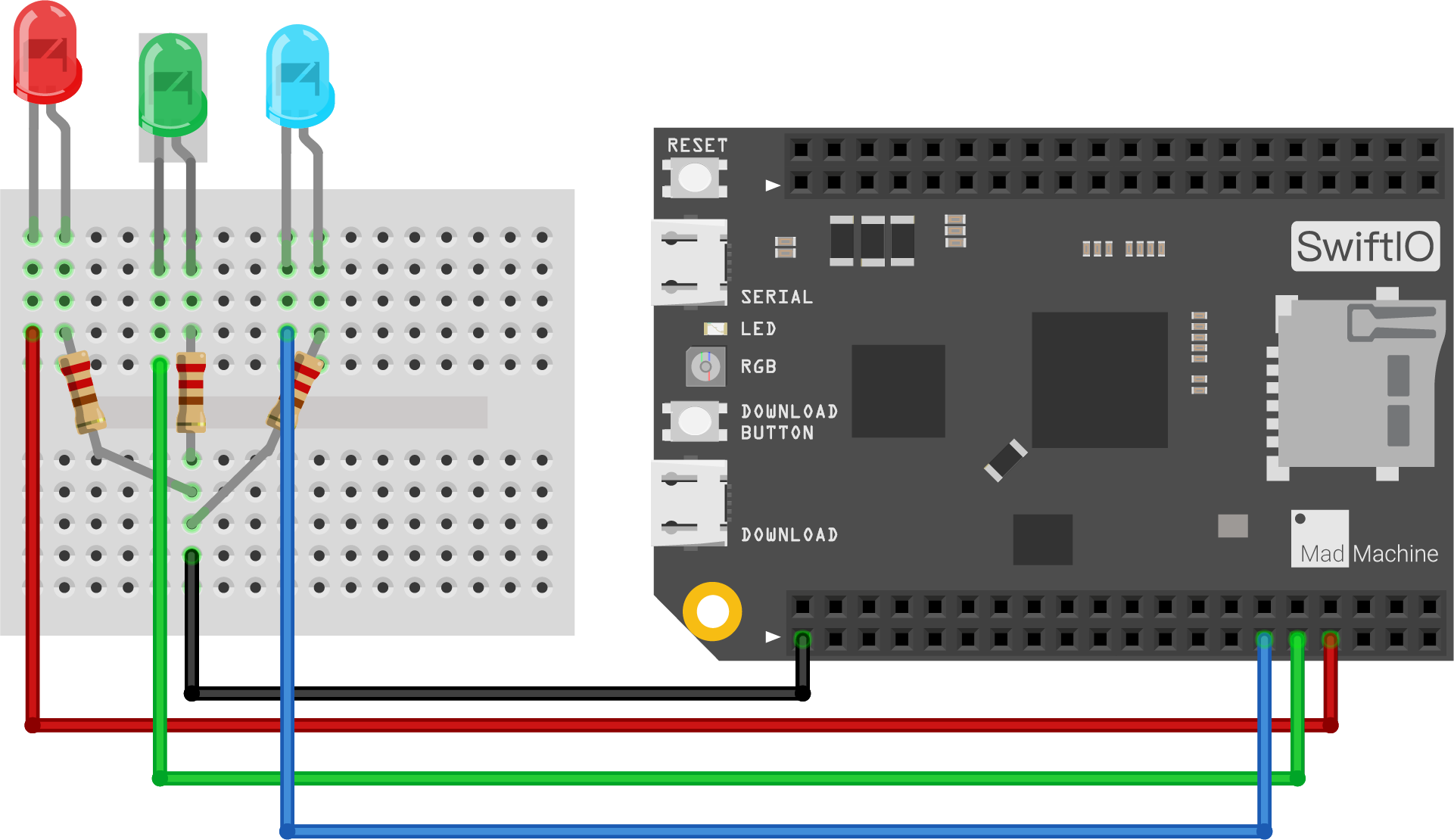 BTW, you can usually find that the red jumper wires are for power, and the black ones are for ground.

First, import the two libraries: SwiftIO and SwiftIOBoard to use everything in it. SwiftIO is used to control the input and output of the SwiftIO board. SwiftIOBoard defines the pin name of the board.

The class DigitalOut allows you to set the pin to output high or low voltage. You need to initialize three output pins: D16, D17, and D18 that the LEDs connect. Only after initialization, the pin can output the designated levels.

To make the LED blink repeatedly, you need to write the code in the dead loop while true. The code inside it could run all the time unless you power off the board.

In the loop, you will set three LEDs separately. The operations are similar. Let's look at the red LED.

At first, the pin outputs a high voltage to light the LED. Since each of the three LEDs connects to the digital pin and ground, they will be on as you apply a high voltage. After 1s, turn off the LED with a low voltage. So the LED will be on for 1s and then be turned off.

The following LED turns on immediately and repeats the process above. Thus three LEDs blink in turns.