If you want to show the messages or display data, the LCD is a great choice. You can find various LCDs. In this mission, you will look at a 16x2 character LCD and display the phrase "Hello World" on it. 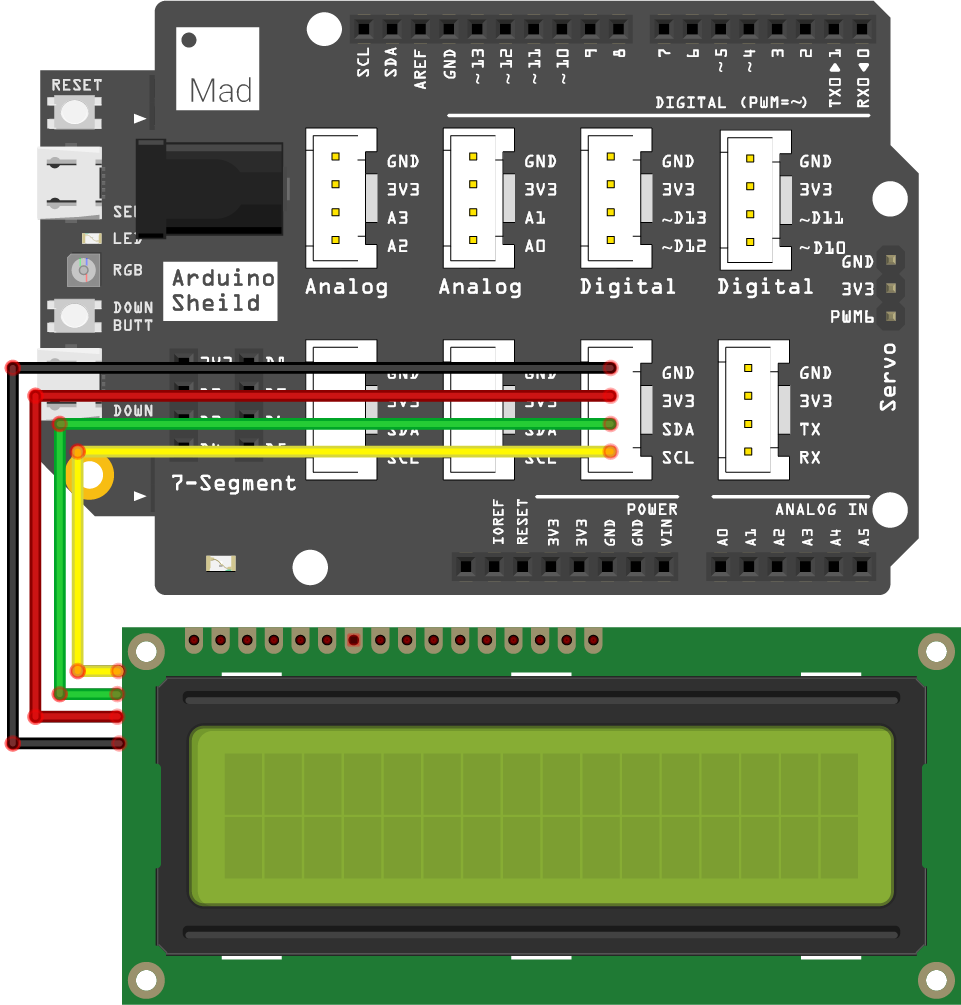 This kind of LCD has 16 columns and 2 rows. So it can display 32 characters. Each character consists of 5 columns and 8 rows, that is, 40 pixels.

The upper left corner is the origin (0,0). Its coordinate system is as above.

This LCD supports I2C communication. All the commands to control it are in its datasheet. But you don't need to worry about it. The file LCD1602.swift in your project has done the work for you. You can directly use the methods to control your LCD.

Inter-integrated circuit, I2C (I two C or I squared C) for short, is a protocol suitable for short-distance communication. It allows multiple slave devices to communicate with one master device using merely two wires, which constitutes its advantage compared to other protocols.

The two wires contain an SCL and an SDA line: 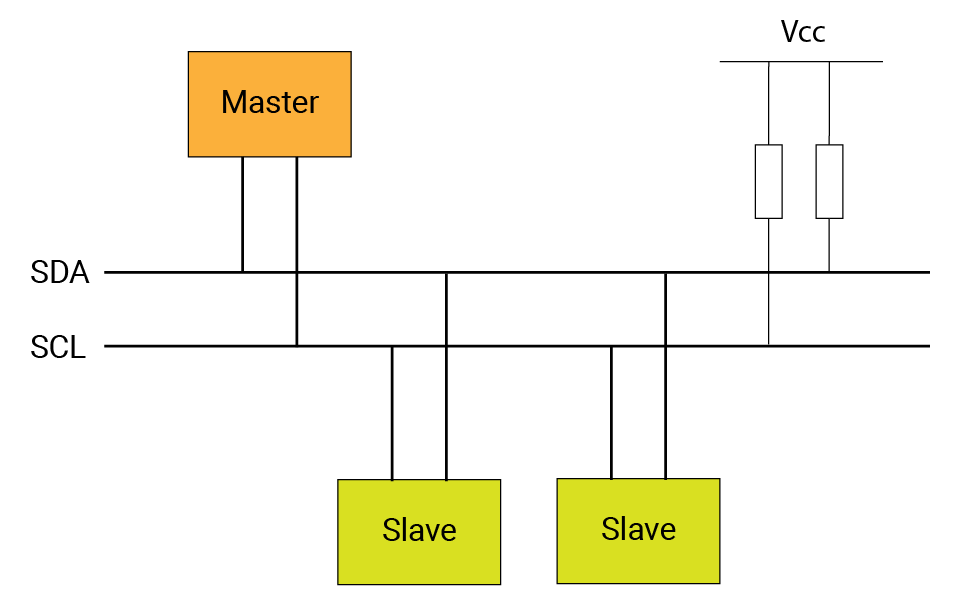 Why can only two wires support multiple devices without confusion? That is because each I2C device has its unique address. You can always find it in its datasheet. At the beginning of the communication, the master will send the address of the device that is wanted. Only the corresponding device would respond and prepare for the following process. Thus there won’t be confusion among different devices.

In brief, if you want to communicate with some devices, you need to find the corresponding data of the command in the datasheet, then send the data according to the rules of communication protocol.

The file LCD1602.swift has configured the LCD according to its datasheet. It is included in the project, so you can directly use these methods to control your LCD.

Let's look at the file main.swift.

Import the two libraries: SwiftIO and SwiftIOBoard. SwiftIO is used to control the input and output of the SwiftIO board. SwiftIOBoard defines the pin name of the board.

Then you will use the method write(x:y:_:) to display the string. It has three parameters. At first, you need to set the coordinate of the start point. Here you start from the origin (0,0). The third parameter is the content you would like to display. It is a string. So you add the content within the double quotation marks.

Since the text would always display on the LCD, you can write it above the loop. Even there is nothing in the loop, you'd better add it to your code.

I2C - use I2C protocol to communicate with other devices.